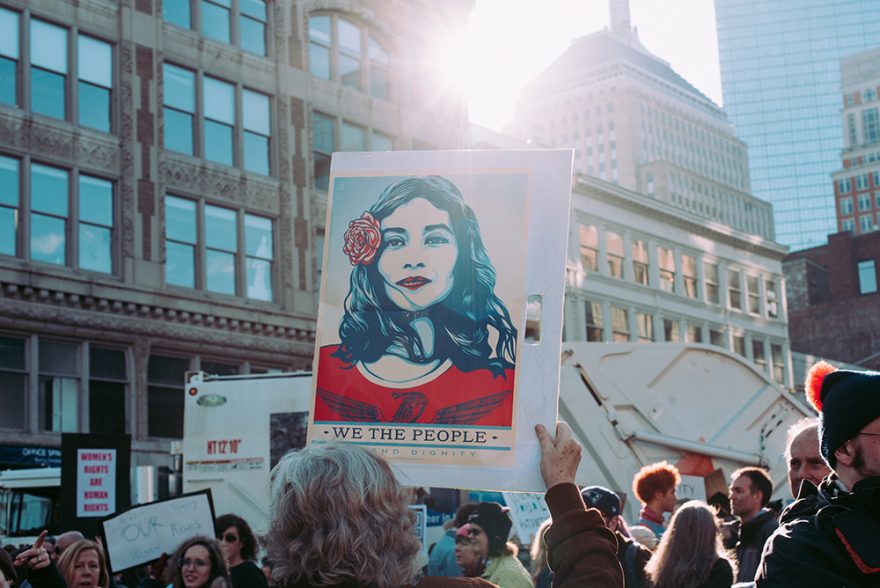 The problem with Harvey Weinstein is not all about Harvey Weinstein.
It reflects the deep sickness on this planet that has permeated the layers of our generations of all boys and girls born for centuries. We know. All of us have known about this sickness yet nothing is ever being done about it. It is Oppressive Patriarchy and it has gone on for decades, centuries and even, 1000’s of years. It is an established culture that reflects that trauma the feminine spirit has endured – similar to the trading of animals in certain cultures, women have been subjected to this treatment as well.

And this is why it is resonating so deeply with all of us because it is so deep in our moral DNA fabric as humans and inherently we know it is wrong but it just keeps going on.

Many men are running for cover right now because they’ve been a part of the bullshit with Harvey Weinstein. Many men are very quick to shout out against him and make it very clear that they are not on his side. The sad part is that many of them actually are. Through silence, they acquiesced to his disgusting behaviour.

As Women, we are all in the same boat. Every single female that has been harassed and/or raped and/or exploited by Harvey Weinstein is in the same boat as each one of us. I guarantee that there is not one female on this planet that has not been subjected to some kind of male patriarchal bullshit in their lifetime.

And the sad part is that it’s almost humiliating and embarrassing for us to bring it up and bring it forward and talk about it. We’ve been told to stay dumbed down and “oh, it’s a boy thing” or “boys will be boys“, or it’s “locker room talk“, or flat out deny that, “my son would never do this” or that, etc). This parasite of the human being has been able to demean and hurt women for over three decades and no one spoke up about it. I guarantee there’re many people in the know regarding Harvey Weinstein one of them for certain is his brother Bob.

When I was 13, I was sexually and physically assaulted by a man who jumped me from the bushes (he had been stalking me for weeks supposedly to determine my path home) while walking home from volleyball practice.

At 13 years of age, a fellow classmate named Kevin, spit in my face at a skating rink. All of my girlfriends and I were goofing around with him because he was cute and we were all having fun teasing him and I was humiliated with disgusting green and yellow hunk of phlegm in my eyes. I cried and cried forever, alone that night. How could I tell anyone how shameful I felt? I never told a anyone how hurt my soul was. I was the laughing stock at that party.

When I was 24, I had to stand up to the Vice President of company I worked and face the President and tell him I had been grabbed and sexually groped many times by this individual. No one had confronted this very powerful man before and I felt debilitated with fear. I was so unhappy at my job and felt dirty every day. Thankfully the President was kind and compassionate and understood how traumatized I was. The Vice President was terminated.

I had some very sad dates that ended up in tragic situations that I was wrongfully treated and subjected to unwanted advances. Traumatic indeed and hauntingly shameful decades later.
I’ve been called sick names, spit at, cat calls and whistles, leering looks, awful grabs, and so much more. Today we have a deeper compassion for every female on this planet. We have a deeper understanding and empathy for the oppression that each and everyone of us has received in our lifetime. Whether were in China, or Brazil, Spain, the UK, Canada, Australia or even Nunavut in the Artic, whether we are rich, poor, black, white, tall or short, it doesn’t matter. We are all sisters and we are here for each other, to protect each other, and to give each other our hands and pull one another up to become the goddesses each of us are meant to be.

We matter. Our voices matter. Collectively our voices matter. Men are running for cover as quickly as they can to point out they’re disgusted with Harvey Weinstein or that they never knew – but we know differently. Of course we know differently. We have all heard the way many men talk and communicate and cheer each other on – at the expense of women in this ‘locker room talk’.

The power of this patriarchal society is coming unglued. These men are looking like jokes, and disempowered baby boys and finally the world is noticing.

Are we finally we are going to be protected?

Will our voices finally matter?

We can’t stop now….but I wonder, will it snap back at us one day? This is the fear we all have smouldering in our souls. What are the repercussions for us all for speaking out?

#MeTooHarvey Weinsteinpatriarchal
Dear Erinn and Michael - Happy Engagement!
How to Stay Sane During the Holidays