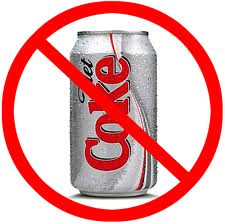 Dr. Russell Blaylock is an astounding neurosurgeon. Twenty-six years of practicing medicine and he has now decided to hang up his practice and he is now exclusively involved in research. His experience and studies are astounding. His primary research is excitotoxins, brain function, and nutritional protection of the brain. To say the least, I find it fascinating.
Excitotoxins are a special group of amino acids that are the building blocks of protein that we call glutamate, aspartate, and cysteine. Food manufacturers add tons of these excitotoxins to foods of all kinds…yes, including baby food! The only reason glutamate and similar excitotoxins are added to foods is because they enhance the taste of foods. They also need the foods to be addictive.
Monosodium Glutamate (MSG), a very popular excitotoxin, triples the amount of insulin the pancreas creates, causing rats (and humans) to become obese. It can also cause brain damage in your children, and this chemical could effect how your children’s nervous systems formed during development so that in later years they may have learning or emotional difficulties. MSG is a dangerous brain-toxic compound that should not be added to ANY food. MSG is not the only taste-enhancing food additive out there that damages the nervous system. There is a whole class of chemicals that can produce very similar damage. They all share one important property: When neurons (brain cells) are exposed to these substances they get all ‘excited’ (hence, excitotoxins), until they deplete themselves from exhaustion. Several hours later, these neurons suddenly die, as if these cells were excited to death. This is called brain damage.
The FDA and food manufacturers have become very smart. They are disguising these ‘glutamates’ with other names. For example, MSG has received such negative press that they have created a new name  for it such as hydrolyzed vegetable protein (more harmful and dangerous that MSG), caseinate, autolyzed yeast extract, beef or chicken broth, or ‘natural flavouring’ (the word natural sounds good but there are NO regulations whatsoever as to what ‘natural’ means).
I believe if the public really understood this, they would never consume any foods containing these harmful chemicals, yet when you walk through a grocery store, the labels speak volumes. (By the way, the government regulatory agencies allow food manufacturers to call these excitotoxins by any name they choose as long as the glutamate content is less than 99% pure – yes, 99%!!). The government allows them to put on labels “contains no MSG,” yet when you go through these products and look at their labels, you’ll find three or four different glutamate toxins added to the food, but they use a disguised name. It will say hydrolyzed protein, vegetable protein extract, or autolyzed yeast extract, or natural flavour (remember most meats you buy are injected with hydrolyzed protein.). Excitotoxins are all used to alter the taste of food. MSG, hydrolyzed vegetable protein, and natural flavoring are used to enhance the taste of food so as to mask disagreeable taste and magnify desired taste.Take a bag of Doritos… Read the ingredients…. Children are eating these with dangerously HIGH levels of MSG and sodium and/or calcium caseinate. So, when did we stop eating REAL food?
How would you feel if someone told you that a chemical added to your food could cause brain damage to your children and that this chemical added, could greatly affect how your children’s nervous systems formed during those precariously vulnerable early years so that they may have learning or emotional disabilities?
Glutamate is one of the most common natural neurotransmitters in the brain and it is also one of the amino acids that make up the building blocks of protein. Glutamate occurs naturally in many plant and animal sources of food. It is also produced in low quantities in our small intestines. This naturally occurring glutamate is bound together by other amino acids that make up complete proteins. However, when proteins are isolated, texturized, autolyzed, or hydrolyzed, the amino acids are no longer bound together to each other as they are found in nature—they become “free”, and thereby become “free radicals”causing untold damage within our bodies.
Many areas of the brain contain extensive glutamate type neurons. Activation of these neurons thereby trigger other neurons deep within the brain. Neurotransmitters function by interacting with receptors on the neurons-sort of like plugging in an appliance into a wall socket. When glutamate enters the receptor, it turns on the neuron and makes it very excited. Because glutamates are so toxic when they are free radicals and are outside the neurons where they can interact with other receptors – this is exactly where the damage occurs.Rewind back to 1957.  Glutamates were discovered to be toxic to the retina of the eye and destroy it. Since that time we have found it to be a very powerful brain toxin and a child in particular, can be in a very supersensitive state to react to it. If a child to ingests ‘free radical’ glutamate, we can only imagine what happens as their brain is four times more sensitive to the damaging effects of these chemicals than is an adult’s brain. Glutamates in excess alters the way the brain is formed and how it fires its neurotransmitters. Also glutamates have a dramatic effect on the neuroendocrine system. In fact, the regulation of all hormones is profoundly affected by exposure to glutamate, especially to a susceptible child.
Diet Sodas (and Regular Sodas too) 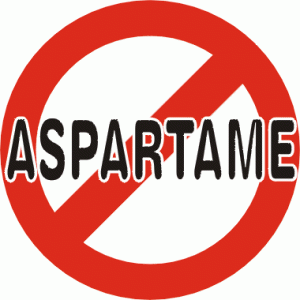 Simply put…they cause cancer. There is no health benefit to them. They are toxic. period.
Aspartame (a pre-cursor to Aspartate) breaks down into formaldehyde and formic acid. In numerous studies, over many years, they all conclusively deducted it causes cancer. This end result of formaldehyde (once it breaks down) attaches itself to the cell DNA. Once it has attached itself, it is almost impossible for the body to rid itself of the formaldehyde. It is proven to increase the likelihood of leukemia, lymphoma, breast cancer and brain cancer. It is also known from previous studies that aspartame manufactures the very same brain damage that MSG does. Aspartame is known to cause various neuropsychiatric disorders such as panic attacks, mood changes and mood swings, dizziness, blackouts and visual hallucinations.
There is already concrete proof that there is a tremendous increase in neurological diseases such as, Alzheimer’s and Parkinson’s, and ALS as well as cancer (in particular, brain tumours called astrocytoma) in young people who consume aspartame. These individuals are confessing they are consuming large amounts of diet sodas. It’s highly addictive.
(Note: Aspartame (Sucrolose/Splenda) has become a major addictive substance in the diet-conscious world and the ill-health effects are absolutely profound. It should never have been allowed to be in the market place. Donald Rumsfeld approved it in 1981 (with the FDA) over the objections of some of the most significant neuroscientists and toxicologists who served on the board of the FDA. They recommended that it not be approved. Sadly, it was overruled and it was approved over their adamant objections for obvious monetary reasons involving Monsanto). 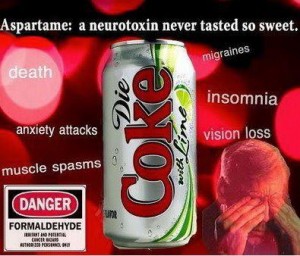 For certain, without exception, aspartame causes cancer. The medical realities of this neurotoxin’s effect, since it is found in 7000 food products and even in hundreds of children’s medications, (despite it turning into methanol and formaldehyde in the child’s or the adult’s stomach and liver) is still continued to be offered as ‘safe food products’ for humans. There are countless articles, research and inundated proof that this excitotoxin chemical kills people.
Nitrites
Sodium Nitrite is a preservative that is usually present in salami, pepperoni, ham, bacon, hot dogs and other forms of processed meats. The reason why Sodium Nitrite is added to meats is because it preserves the red/pinkish color of the meat and gives it a fresh appearance, and also prevents botulism to some extent. However, when ingested in large amounts, sodium nitrite reacts with the stomach acids to produce nitrosamines, the main cause for cancer amongst animals. Sodium nitrite consumption is also known to trigger migraine headaches; brain damage and COPD (Common Obstructive Pulmonary Disease), a form of lung disease. Non-red meats such as chicken, tuna are comparatively safer as they do not generally have nitrates in them.
“Processed meat producers, for example, are allowed to add cancer-causing sodium nitrite to bacon, sausage, pepperoni, ham, and other meat products. Food manufacturers are allowed to use unlimited quantities of partially hydrogenated oil, a substance best described as “poison” to the cardiovascular system, and which has also been linked to abdominal fat, diabetes, and mild to severe neurological disorders. Soda beverage companies are allowed to use aspartame, a chemical excitotoxin that breaks down into chemical constituents such as formaldehyde that cause nerve and brain damage.” says Mike Adams, of Natural News.
Why don’t we listen? Why are we so afraid to eat the way Mother Nature wants us to? Pure, natural, organic, whole, non-processed foods. These excitotoxins are dangerously addictive and very hard, especially as children, to stay away from.
As adults we may be religiously working out, taking supplements and appear to be eating right, and yet feel as though we are losing our edge, the answer may lie in neurotoxins hidden in even the most healthy sounding foods, including many foods labeled natural and organic. These ingredients often cause serious reactions, including migraines, insomnia, asthma, depression, anxiety, aggression, chronic fatigue, and even ALS. They may be responsible for the swelling numbers of children diagnosed with ADHD.
At LettuceLove Cafe and Kelly’ Bake Shoppe we would never consider using processed foods. My suggestion is to read all your food labels in the grocery store. Avoid at all costs: all hydrolyzed vegetable proteins, vegetable proteins, hydrolyzed plant proteins, all caseinates, all yeast extracts, and ‘natural’ flavorings (the word ‘natural’ in the ingredient list means there is a secret ingredient the manufacturer didn’t want you to know about). These brain altering, cancer-causing additives will hurt your children and you. Make the effort to fully understand what you are eating.
(This is just a side note as to how How Aspartame got approved….)
more reading…..http://www.huffingtonpost.com/dr-mercola/americas-deadliest-sweete_b_630549.html (America’s Deadliest Sweetener)
more reading…. Donald Rumsfeld and the Strange History of Aspartame

Are you living your life yet?