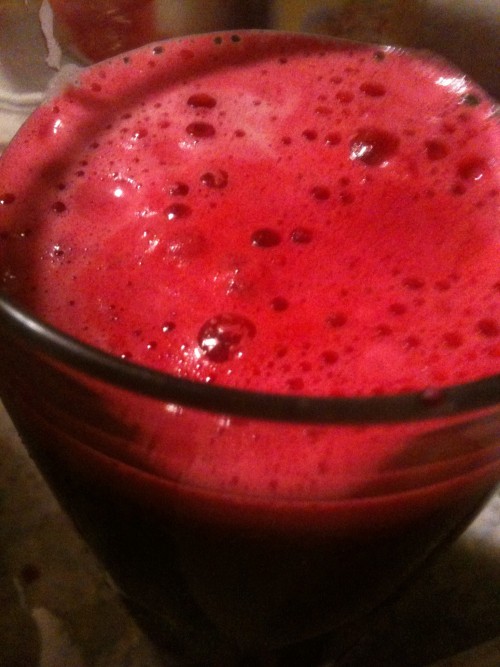 Beet ‘Em to the Finish Line 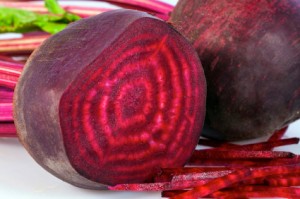 Beetroot juice is becoming the fitness world’s newest natural energy drink. Some studies are showing that it gives athletes an extra edge in endurance and speed, taking precious seconds off competitive times. Beetroot is naturally high in nitrates, which the body converts into nitric oxide, a gas that actually widens blood vessels. The widening blood vessels bring more oxygen to the muscles and increases an athlete’s efficiency. According to a study in the journal Medicine and Science in Sports and Exercise, drinking beetroot juice helps shave off seconds for competitive-level cyclists. Researchers studied nine competitive male cyclists while they competed in two time trials.

Let’s break down their study:

However, there are other studies that did not show that much performance gain in cyclists who drank a beetroot juice cocktail before a workout, including one in 2012 about elite cyclists in the European Journal of Applied Physiology. According to exercise researchers at the Mayo Clinic, this could be because the effects of beetroot juice are reduced in more highly trained people. That makes perfect sense to me. A well-trained ‘elite’ individual really has less chance of dramatically increasing their performance if they are already maxed out. Less hardcore fitness enthusiasts might have more room to improve their efficiency and see the effects from beetroot juice.

There have also been early studies conducted looking at the effectiveness of beet juice for exercise and oxygen usage.The studies showed that people who drink the juice for several days before undergoing exercise tests do use less oxygen in their muscles, and are therefore able to exercise for a longer period of time. In one study, drinking beet juice decreased participants’ oxygen needs by 19 percent and increased their exercise endurance time by 17 percent.

Whether you’re a competitive athlete looking to go farther, faster and become stronger or a fitness buff wanting to have a bit more energy on a run, beetroot juice certainly won’t harm you. With its powerful antioxidants, ability to help reduce blood pressure, and improve blood flow throughout the body, you can’t “beet” the health benefits of beetroot juice. 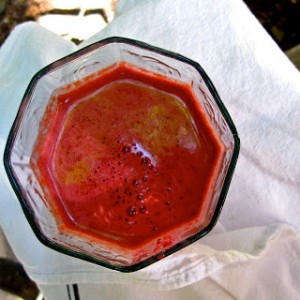 Here’s a link for my DELICIOUS “Red Velvet Smoothie” made with beet juice.